In regards to figuring out anything about movies or the actors or actresses in those movies, you don't need to ask me. I am the last person who knows the name of a movie star, what other movies they were in or even what the name of the movie I could be watching on a airline flight to San Jose, California.

Google now has an answer for folks just like me. The Google Play Movies & TV app now will explain details about the actors or actresses in the movies, so I too can act like I know something about Hollywood.
Google said they have integrated information cards "so it is simple to learn more about the actors, linked films and even what song is playing in several of your favorite movies." So how exactly does it work? "When you're seeing a film on your tablet, simply push pause and cards will pop up with information about actors on screen."

Here is a picture: 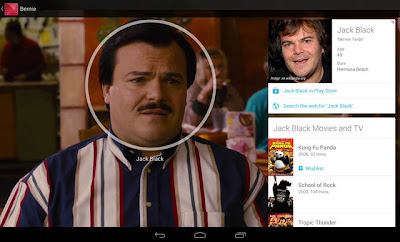