Nokia X+ Plus Android Based Smartphone 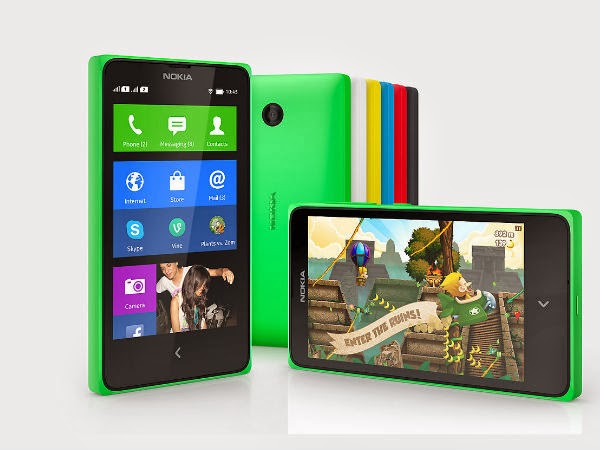 In last month, Mobile World Congress 2014 (MWC14) was held. In that conference Nokia had announced their three Android based operating system (OS) smartphones. Now every single user knows as Nokia X, Nokia X+ Plus and Nokia XL smartphones. Now I share you some reviews about Nokia X+ plus Android supported smartphone specification, features, Prices, Availability and other important details.

That smartphone is also 3G certified and also come with Nokia Applications such as Maps for Offline, Navigation mode, Mix-Radio. Nokia X+ plus is running on Android Operating System, v4.1.2 (Jelly Bean) just like Nokia X. Both smartphones have similar problem like they can’t able to provide Google services like Play Store and so on. Nokia X+ plus UI is quite similar of Windows Phone and Android UI.

The Nokia X+ plus officially release date is Q2 2014 and price is around €99 Euros or $136 Dollars. If anyone want to buy that smartphone now easily can buy including Asian people also such as India and Pakistan buyers. 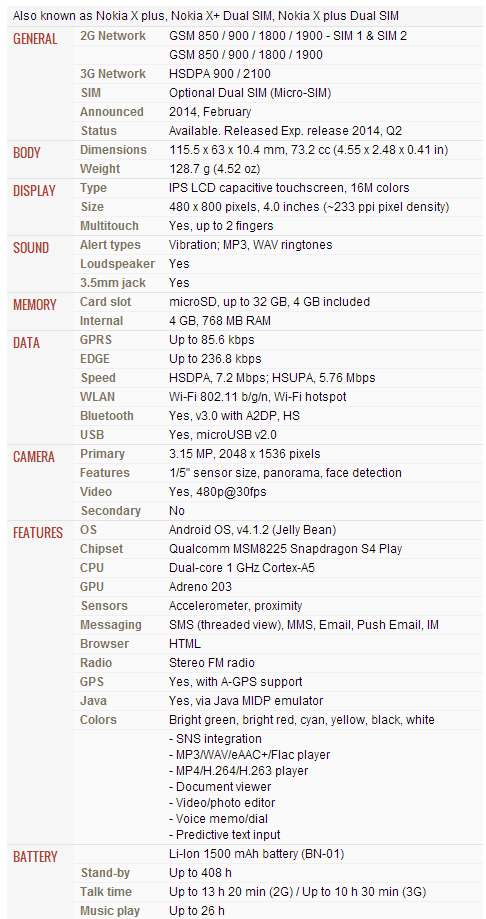