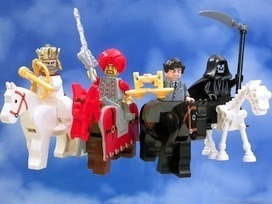 This has been a year where search marketing really matured. Mobile became one of the biggest risen components, with its share of the altogether search market now reaching 20 percent.

Looking ahead, expect 2012 to be the year when we move furthermore into the Mobile Semantic Web 3.0, which current chances that will drastically change SEO as we know it.

There will be “Four Horsemen” of an SEO apocalypse in 2012 and they will all be carrying a mobile device.

Immediate Response or QR Codes in 2012 will be near omnipresent both online and offline in the U.S. to smoothly send people with mobile devices to online destinations.

QR codes are progressively being used on billboards and several signage as almost 50 percent of U.S. mobile users have a smartphone. Mobile devices themselves are ubiquitous with their users and are used frequently in tandem with utilizing other media, such as magazines and television.

I envision these pixelized matrix barcodes show in the corner of all Telecast programs, particularly news. Viewers will then be capable to receive and share the latest updates on that televised news or programming with their mobile devices online. Television use will also be the medium which will e explicate how to use QR codes as its being used, so it takes hold in the mainstream realizing.

Finally, QR codes will then substitute or be in tandem to URLs on all offline advertising and even online. This will cause search engines to trust less on text links and factor in interest from QR code use. Google and Bing can directly acquire this data from mobile users on their OS, Android and Windows Phone 7, respectively.

There will be reduced dependency on text for search and logins in 2012, particularly on mobile devices.

Voice actions on Android and lately Siri on the iPhone have rendered users a more direct way of getting answers and producing actions on their mobile devices. Just as Google used its free 411 service to construct the database for voice actions, I feel it will, in turn, use the database from voice actions as a free or paid service to business users for logins and purchasing online by just using your voice.

Some other means of logging in for mobile users will be touch-friendly image combinations that can also be used to refine some search results. Voice capabilities at times avoid the require for search engines and/or present the need to alter search tactics.

Search will be further fragmented in 2012 as mobile search is itself already fragmented by device-type to encompass feature phones, smartphones and tablets – with each offering different outcomes not only between one another, but also with desktops.

The present landscape of mobile search to desktop is outlined with data and action items in a recently published Covario mobile SEO white paper. I see that the search results of the three mobile types, as well desktop, will differ even more in 2012, as consumers’ ultimate search intents and actions are different based on the device they are employing.

A sectioned search approach is needed, particularly in mobile, as websites will require to be properly designed for each device type and improved for the device user’s intent.

There will be further personalization in 2012 search results as Google – with its Impregnable login, Google Plus and Android -- know what you are seeking for, where you are when you find, what you like, and who your buddies and influencers are.

The year ahead will also bring chances in the search space as we clarify and universalize our websites in the Mobile Semantic Web 3.0 with microformats and HTML5, when also being more granular by location and device with paid campaigns such as local paid inclusion. Is your website ready for the SEO apocalypse of 2012?