Google's Matt Cutts: Next Generation Penguin Update Will Be Huge 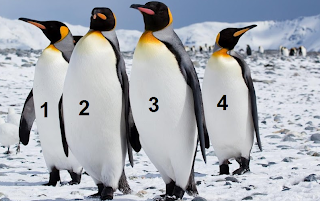 Last night, Google's lead of search spam, Matt Cutts proclaimed at SMX West, that a "next generation" of Penguin is coming in 2013.

This one should really be significant. I especially questioned about, what will SEOs be talking about in 2013?

What will be the next major Google algorithmic change that is the talk of 2013 amongst SEOs and Webmasters.

Matt did not mention the merchant quality algorithm but he did especially say it might be the next generation of the Penguin update.

Matt said his staff is currently working on it and this will be a huge change to how Penguin works. So when it is launched, sometime in 2013, I believe earlier than later, this will forward some ripples by the SEO space.
This would technically be named Penguin 4. The last official Penguin launch was Penguin 3 on October 5, 2012, that has been over 5 months ago. After all, we only had two updates to Penguin since it's unique release on April 24, 2012:
Whenever will Penguin 4 happen? Again, Matt did not say, but if I had to suppose, sometime in Q2 2013.