88% Point out Social Has Some Impact On Google Rankings

12% Say Social Has No Influence On Google Rankings

Few years ago, we conducted a survey if social signals influence Google rankings?

We got almost 500 replies from the SEO community and I figured it would be a great day to share that reply.

In a nutshell, only 12% said social signals have utterly no influence on Google ranking. 88% said there was some influence. 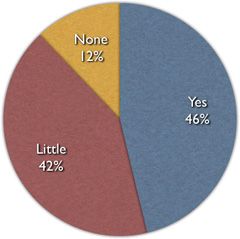 Who is correct? Might be the 12%. But it based on how you consider the query. Main ranking? No personalization? Omitting the fact that social impacts backlinks? Anyway, there you have it.