Video By Google Matt Cutts On Advertorials PageRank And Backlink 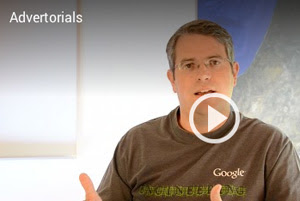 Second last day of this month (May), Google head of department of search spam, The Matt Cutts places a video on Google stance on utilizing advertorials in a way to control Google search results.


Second month of year (February), a massive flowered company was published over advertorials links. And now Matt Cutt is making it very clear by posting Google guideline on it, now, advertorials backlinks are not useful, according to me. Everyone knows that this is shortcut of getting PageRank and backlinks easily.

There are several peoples saying that what about video content and its marketing? The most significant thing is product placement in Video clip don’t control Google algorithm, at least not now.