iOS 7 Beta 4 Download May Delay Till Next Announcement Date 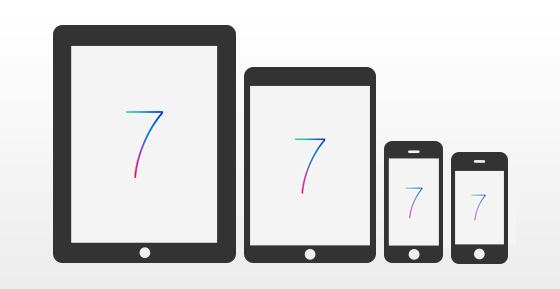 Now everyone expected that Apple Developer Center unheralded maintenance style may cause holdup in the release of latest iOS 7 Beta 4 download for iOS developers. Everyone was waiting the official words that whether Apple’s will holdup/release the iOS Beta 4 update to developers. Everyone have been judging the iOS 7 beta 4 download release on the release cycle of past iOS beta and so far Apple has replied very well. But due to developer center security measure at Apple Developer Center - the forthcoming iOS 7 Beta 4 Download and OS X Mavericks Previews release might be holdup till next announcement date. 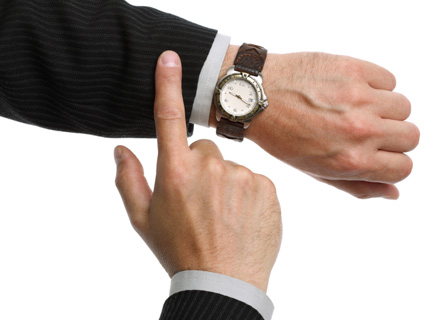 There are thousand developers knows that the latest iOS 7 beta 4 download update was rumored to be upcoming on July 22nd and other hand the OS X Mavericks Preview expected to release on July 23rd, but as we all know the Apple Developer center is shutdown and in maintenance style from last 4 days. It is reported that Apple will shortly com-up with the makeup version of developer center and launch the iOS 7 Beta 4 Download.

Last Thursday, an intruder attempted to secure personal information of our registered developers from our developer website. Sensitive personal information was encrypted and cannot be accessed, however, we have not been able to rule out the possibility that some developers’ names, mailing addresses, and/or email addresses may have been accessed. In the spirit of transparency, we want to inform you of the issue. We took the site down immediately on Thursday and have been working around the clock since then. In order to prevent a security threat like this from happening again, we’re completely overhauling our developer systems, updating our server software, and rebuilding our entire database. We apologize for the significant inconvenience that our downtime has caused you and we expect to have the developer website up again soon. 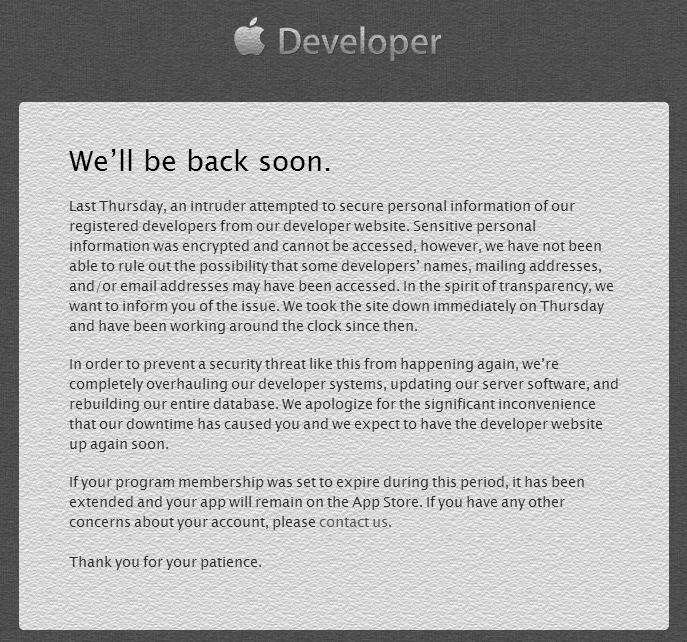