Home » Technology » New Year, New Tech – A Look Ahead at the Technology Highlights of 2014

New Year, New Tech – A Look Ahead at the Technology Highlights of 2014

A Look Ahead at the Technology Highlights of 2014 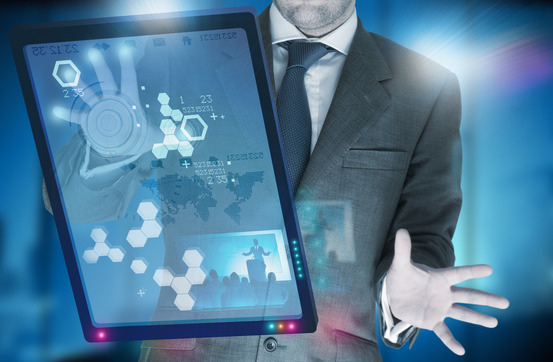 A new year has just begun, and with that, a new time for innovation, a new season for discovery and a new space for handy (and not-so-handy) gadgets. What tech developments are we looking forward to in 2014?

CES 2014 (the Consumer Electronics Show) was held in Vegas in the beginning of January. It was a massive platform for all innovators to showcase their new inventions and give us a glimpse into the future of technology. So, which products are getting all our attention; which gadgets are becoming obsolete, and so on?

Here we take a look at some of the highlights of the show as we discover what the year ahead has for technology.

Steam Machines and Their Controllers

Valve is completely engulfed in the Steam Machine project, and an all of 13 different prototypes were shown at CES. If you are not aware of what a Steam Machine is, it is essentially supposed to bring PC gaming into your living room by giving you the Steam platform in a console version. The idea is great, but it has its downsides. On the one hand, with so many devices currently in production, the consumer is probably going to be overwhelmed and choose not to get one anyway. On the other hand, the controller for the Steam Machine is not as precise as a real gaming mouse is. And the question is, will real gamers settle for that?

Wearable tech is the new trend and there is no denying that. Big and small companies alike are creating more and more smart watches and smart bands by the minute. The new Pebble Steel looks much better than the previous version, while the LG Life Band Touch will be a great fitness tracker when the issues with it staying on your wrist get resolved. But the big thing is the Oculus Rift – the virtual reality goggles that produced a lot of motion sickness complaints with the previous release, but the Crystal Cove prototype is proving that these issues can be dealt with. Google Glass did not make an appearance at the show, but there were certainly apps and compatible gadgets that pointed towards a release date this year for the glasses. Although, whether we are quite ready for Glass is another matter.

Sony is jumping on the compact train with the release of Xperia Z1 Compact. Just like its big brother, the Z1, this handy device will score a powerful quad-core processor with 2 MB of RAM, a monumental 20.7 MP camera and only in the smaller package of a 4.3” display. The device is expected in a mere month and is going to retail for about £400.

Eye Lock presented a very handy and innovative device that will completely eliminate the need for countless passwords for the various devices and accounts we have today. It looks like a little mouse with a sensor on the bottom side and it connects to your device via USB. You just flip it over, it scans your iris and grants you access. Though no certain release date has been announced yet, the device is expected in the first half of this year.

Indeed, Samsung presented a fully-bendable TV that can twist and turn however you want it to without losing any picture clarity. What everyone is wondering, however, is who would have a use for that kind of contraption? On the other hand, the company also presented a curved 105” TV that certainly has more applications, such as showing you the film you are watching on one side and relevant information on the other.

This is the new platform that has all gamers excited, mainly because it will eliminate one of the brand’s biggest issues – cross-platform gaming. With PlayStation Now, you will finally be able to stream all your favorite games on your PS3 and PS4 and even Sony Bravia TV. Further plans for the platform include making it available for the PS Vita and for Sony Android devices.

Last but not least, Razer’s Project Christine. Though it will most likely not be available this year as it is still in its conceptual stages, it presents such a bold glimpse into the future that it managed to cause a stir. What is Project Christine? Well, think about your current desktop PC and the times when you want to upgrade it or do some repairs. You have to open the thing up, and stop breathing for a while as you fiddle about around small and very delicate microchips. It’s not a very pretty picture. Gone will be those days when Project Christine arrives on the scene. It is going to be a modular machine, which you can rearrange and adjust any way you want to. If you need to imagine it more clearly, just think plug-and-play. You want more RAM – just plug it in. You don’t like the way the whole thing looks – just plug it in a different slot. Still, remember, Project Christine is far from being complete. But it certainly gives the future of desktop PCs a new lease of life.

Technology is developing at phenomenal rates as it follows a geometric progression - one discovery leads to several more, each of which in turn lead to several more and so on. We can therefore be sure that there is plenty more to come in 2014. However, under these circumstances, even our most educated guesses as to what is coming might prove to be nothing more than feeble attempts at fortune telling.
Linda Firth is a tech geek and writes about her passion on behalf of www.webvouchercodes.co.uk, the UK consumer discount site.