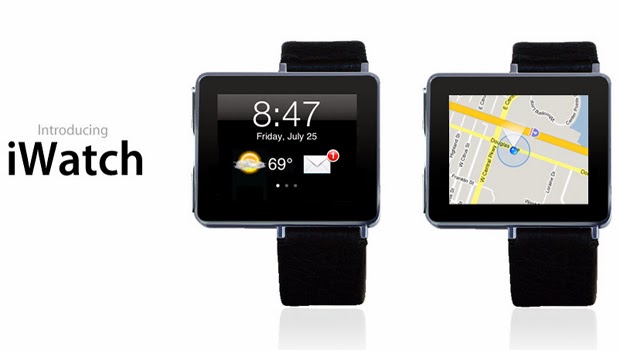 As the days are going by, people are more anxious to know about the future wearable gadgets from Samsung and Apple. Samsung has already put their triumph card on the table with Galaxy Gear. But, there’re other players like Sony and Pebble. Let’s see if Apple can really take on the fight and come up with something useful to fully benefit the Apple fans.
Certainly, Apple will be planning for the best device for the consumer market, but as we’re confused about the device let’s see what it packs for our 2014. Could it be possible that Apple new wearable gadget iWatch will feature heart-rate measuring system? Apple already introduced fingerprint security lock down in iPhone 5S. So, it’s not quite impossible for them to imply this idea on their wearable sensation. On the other hand, Tim Cook (Apple’s CEO) was really pleased to see Nike’s Fuel Band that could monitor heart-rate and it’s wearable as well.

Plus, putting this kind of biometric sensor won’t decrease the smartwatch’s performance significantly. So, we’re guessing it’s a huge advantage to introduce this kind of feature in Apple’s probable iWatch.

Let’s see what iWatch can really pull off with its features. iWatch is nothing but a probably smartwatch attempt by the tech giant Apple. Here’re some of the possible features of Apple iWatch.
Some reports suggested that Apple will launch this device in the end of 2013 with a bang. But, unfortunately, this didn’t happen. So, we’re guessing and coming up with more possible thoughts as Apple might be adding more features as they’re taking a lot of time to open their mouth.

Some of the top sources and mainstream publications were also sure of the release of Apple’s smartwatch. They New York Times already published their assumption of Apple’s work on curved screen and iOS running smartwatch operable with an iOS device like iPhone/iPod or iPad. Let’s see what you can possibly do with Apple’s iWatch.
According to some of the rumors, Apple is purely struggling of its low-battery life support. Most mainstream media suggested that the prototypes of iWatches couldn’t last a day or two but they were expected to last for 4-5days. Also, The Verge has concluded that Apple will be packing a 100 mAh battery for their. It’s quite questionable to use 100mAh battery and expect 4-5days of battery backup whereas Galaxy Gear is topped with 315 mAh battery but can’t last a couple of days.

With biometric sensors like Heart Rate Monitor, Pedometer, Fingerprint sensing technology, Apple can easily create a huge demand of their devices. Especially, with the Heart Rate Monitor, fitness and health benefits can be immeasurable. Let’s hope for the best and see what Apple actually brings for us.