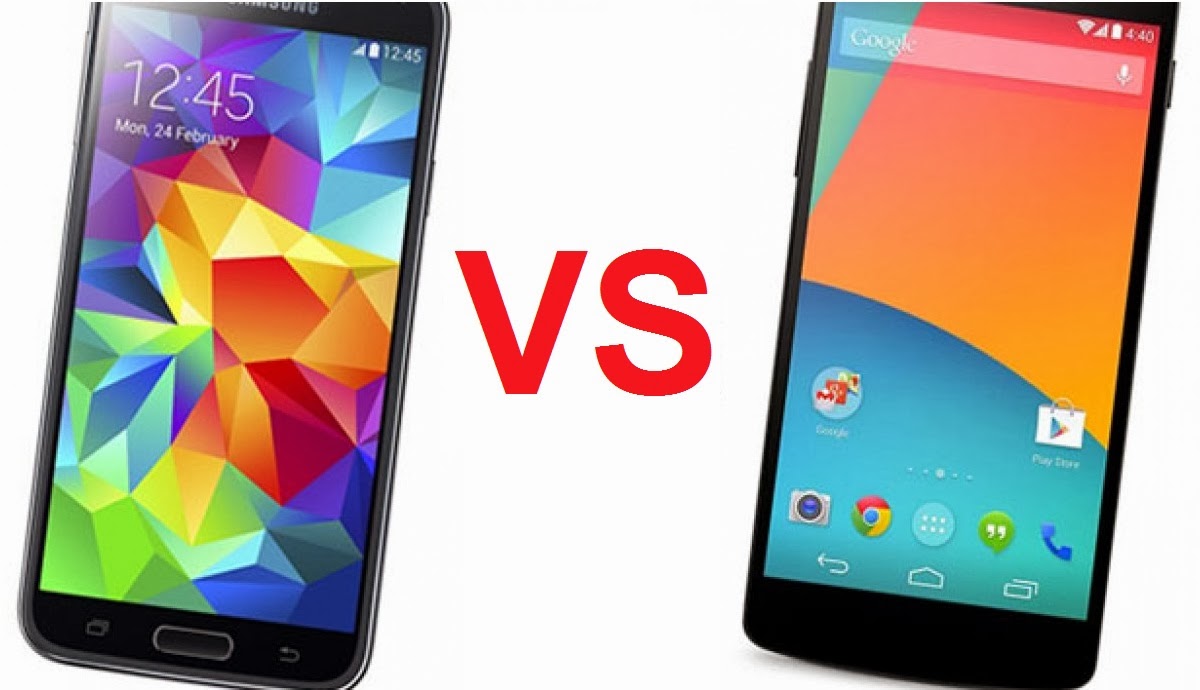 After the success of The Mobile World Congress 2014 event, now everyone started smartphones comparison like me. I’m also doing same thing in this great post. Today I share you comparison report between the Galaxy S5 with LG Nexus 5. Almost everyone knows the Galaxy S5 and Nexus 5? Let starts the comparison game between LG Nexus 5 and Samsung Galaxy S5. In this report we show the both smartphones specs by specs. According to Specs-wise Samsung Galaxy S5 is a bigger than Nexus 5 but interested thing is both smartphones resolution are similar each other that is 1920×1080.
In Nexus 5 device it doesn’t have the fingerprint sensor, dust and water resistant benefit but Galaxy S5 has. Now we talk about internal Memory, in both smartphones has similar internal Memory 16GB and 32GB but Nexus 5 doesn’t support the external microSD card. If you want to increase external microSD card up 128GB in Samsung Galaxy S5 then that phone doesn’t support it. Good news is both smartphones provide latest Android Operating System 4.4.2 Kitkat to their users.

Moreover, as I said before LG Nexus 5 doesn’t support fingerprint sensor but Samsung has finger scanner and Heartate sensor feature in it. How lucky we are? What about the Photos and Videos capacity? In Galaxy S5 HDR Photo and Video 16MP (mega pixel) rear camera but in Nexus 5 has only 8 MP rear camera. 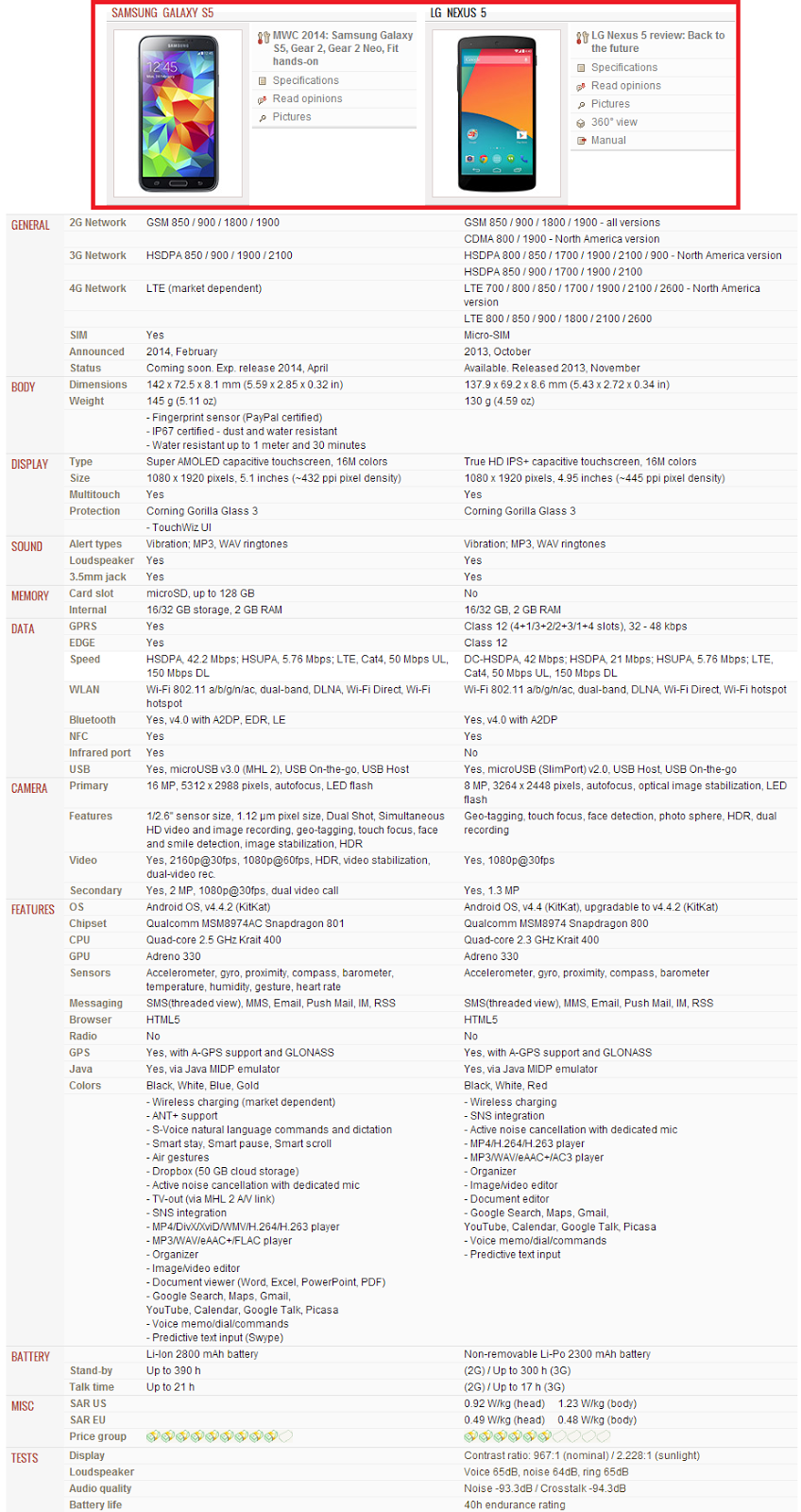