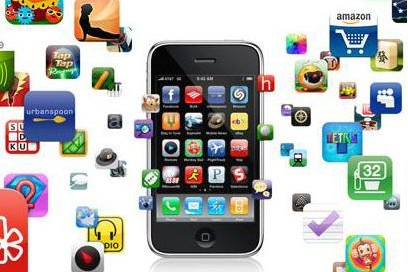 Similarly, private cruise companies take advantage of alternative energy sources to minimize costs of traditional petroleum based fuel that places a strain on boat and yacht owners. According to Terry MacRae, Chief Executive Officer of Hornblower Cruises & Events, it's important to improve and expand the travel industry in a sustainable manner. New technology in the energy sector brings down the costs of travel for the average passenger on trains, marine vessels and vehicles. Scientists and airline industry leaders also hope for new ways to power commercial airplanes that use expensive jet fuel.


The rise of mobile technology has significantly improved local and long-distance travel worldwide. Major public transportation systems offer free mobile applications for passengers. Such digital tools come with real time updates about fares and schedules of buses, trains, ferries and other forms of transportation. Interactive features allow passengers to get the most accurate and relevant information for customized itineraries. Daily commuters and international tourists can access information that has traditionally been available only at official kiosks and desks at major transit hubs. As the busiest public transit agency in North America, the MTA of the New York metropolitan area is a leader in providing free mobile applications for passengers. In a major city like New York, it's important for travelers to have the ability to alter their travel plans instantly. Real time traffic information allows smartphone users to take alternative routes by car, bus, boat and train. Travel related alerts about terrorism or severe weather are integrated into mobile apps that are distributed by major transit agencies in metropolitan cities.


Travelers enjoy taking photographs and recording videos and such activities are significantly improved with modern digital technology. For instance, cloud storage allows tourists to upload thousands of photos and hours of movies onto a virtual storage space. There is no need to carry memory cards, portable hard drives and other similar gadgets that store digital files. With modern cloud solutions, tourists could upload all of their content directly from a smartphone without ever having to make any connections to a desktop computer. Secure cloud storage guarantees that travelers will never lose any precious memories that have been captured as digital snapshots or video clips. Modern virtual private networks also allow people to communicate with fellow friends and family members from anywhere in the world. It's satisfying for travelers to be able to show their hotel room and surroundings in real time via high definition video and audio feeds. Cloud based communication solutions minimize poor connections that are common in traditional web conferencing.