Home » One Plus 6 » Awaiting One Plus 6? Avail the Amazon Exclusive Smartphone with Cashback Offers as a Part of ‘Fast AF Sale’

Awaiting One Plus 6? Avail the Amazon Exclusive Smartphone with Cashback Offers as a Part of ‘Fast AF Sale’ 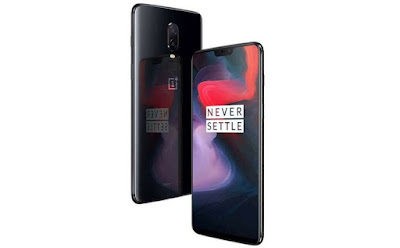 After the success of smartphones like One Plus 3T and One Plus 5, the company has garnered itself a huge database of customers. One Plus is now set to launch its latest product, One Plus 6, globally on May 16 in London. However, the smartphone will be launched on May 17 in India. With the popularity of device already being at the peak, the company has anticipated a huge demand of the product. To cater to the demand of prospective buyers, the company is executing an exclusive ‘Fast AF Sale’ on Amazon.

The ‘Fast AF Sale’ has a lot more to offer to its customers than just the access to the new gadget. It will also enable to buyers to avail special offers on this device. The sale will commence on May 13 and will go on till May 16 which will provide various Amazon mobile offers and discounts on electronics. Unlike any other pre-booking sale where some amount is taken by the customer beforehand and nothing is given in return till the launch of the device, the ‘Fast AF Sale’ will provide its buyers an Amazon e-gift card worth INR 1000. The buyers can use this money to buy the mobile phone during its sale on May 21 and May 22.


It is certain that the mobile phone will be laden with advanced features and latest technologies and even the official leaks give a clear idea of the same. But, one important thing will be revealed only after the launch of the device- its price! But the mobile phone has lot more in its store to offer even before it’s launched officially. It will enable the eligible buyers to get a cashback of INR 1000 in their Amazon Pay wallets. In addition to this, it will also provide its regular customers an additional 3-month warranty for the device over its usual one year warranty period.

Owing to the latest technologies like wireless charging, waterproofing, a screen with a notch and a 3.5mm jack that has been incorporated in the device, the price of the mobile phone is expected to be a notch higher than the previous variants launched by the company. In addition to these, the mobile phone will also feature a Snapdragon 845 chipset with two RAM variants- a 6 GB one and the other with a 4 GB RAM. The official leaks also painted a picture of the dual camera at the back of the mobile phone with a vertically placed lens. The screen is also expected to be a 6.2-inch bezel-less display with a notch at the top.