Home » Windows 11 » What to Expect from Windows 11 Features and Functional Changes?

What to Expect from Windows 11 Features and Functional Changes?

Windows 11 is already available to users who are part of the Microsoft Insider Program – which allows users to beta test updates before they have been approved for widescale release – and hopefully it will be rolled out to the general public later this year. But what can we expect from Microsoft’s latest operating system? 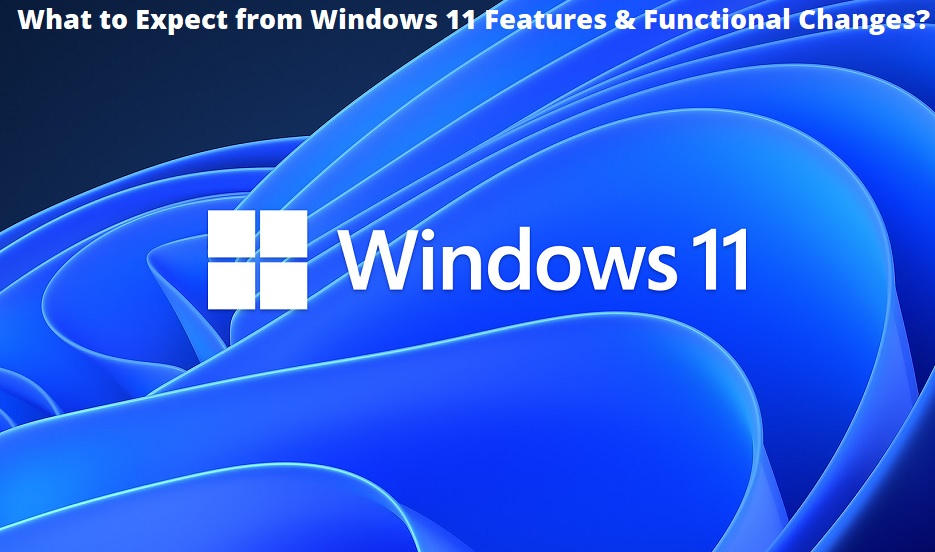 What to Expect from Windows 11 Features and Functional Changes?

• Redesign – The familiar taskbar and start button that has been part of the operating system since Windows 95 will be completely redesigned. The new design is reminiscent of the macOS, with your applications aligned at the centre of the taskbar. Moreover, the start menu has also been redesigned as an untethered box that is centred in the middle of your screen.

• Widgets – You will be able to get personalised news and information using Windows 11’s new AI-powered feed.

• Snap Assist – In Windows 7 we were introduced to the snap function, which allowed users to lock windows to the left or right hand side of the screen. This function has been upgraded for Windows 11. Snap Layouts allow you to arrange open apps into pre-designed layouts to improve productivity. This will make it much easier to arrange your desktop and multitask with several apps. Snap Layouts will also be able to be saved into Snap Groups – so if you have several apps you frequently use together, and you have a specific layout you prefer to have them in, you can open them in that layout using Snap Groups.

• Personalise Desktops – You can create custom desktops with different applications on the desktop. So if, for example, you have a computer that you have for both work and personal use, you can create a work desktop, and a personal desktop that you can switch between.

These are just a few of the new features in Windows 11 – and there will likely be many more productivity features. If you are a business, you will be able to receive IT support for Windows 11 from a suitable provider. For example, in London you will be able to find very good London IT Support providers such as TechQuarters. Look out for the release of Windows 11 later this year.