Eventually, Google has accepted that previous Google algorithm update was a Panda update. Now every bloggers and webmasters takes breath for accepting Panda update by Google. The entire blogger community was endangered when they reject about the Google update.

This news come from Google official Twitter account that the recent ups and downs in the search engine ranking was due to the Google Panda 23 Algorithm refresh. After the latest Google Panda 23 update, this algorithm affected about 1.3% of English based quires globally. I should note, everyone is a bit shocked to see a Google Panda update before holiday (Christmas and New Year) because last year Google promised that, they will never ever update Google Panda Algorithm in holiday seasons and what a difference a year makes.
This new Google algorithm update was not that teasing because it barely affected 1.3% of search queries. A Week ago, we informed on some solid signs of a Google Update last Thursday.

I can’t say anything this time because it’s really early and the reporting tools have yet to report as of this morning, including MozCast, SERPmetrics and SERPS.com. These tools had never shown the huge impact on their tools. Google has verified a Panda refresh impacting 1.3% of queries worldwide. 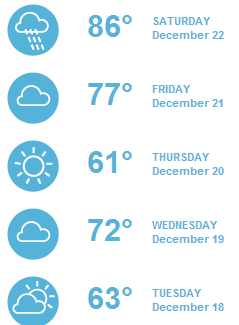