Today, I have seen that, the site command might be a little bit buggy for you and of course me currently and may be solve out for about a couple of week.

In brief, few SEOs and webmaster started observing that conducting a site command in Google for bigger sites would only call back 30 results. My friend also tweeted the problem on Twitter and he just mentioned the core problem while searching site command and then I also tried that command over Google and yes, he was right and I also taken the screen shot on that. Kindly check it out below.


This is a temporary side effect of the domain clustering change that I mentioned in my video. We expect that site: will be back to showing lots of results by sometime next week.

If you guys remembered that Matt Cutts announced last week in his ten SEO changes coming to Google.

So be calm and don’t panic, your site is likely still indexed by Google. 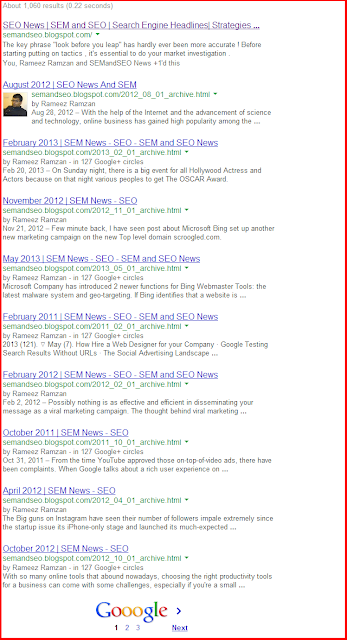