Most Talked About Successful Marketing Campaigns 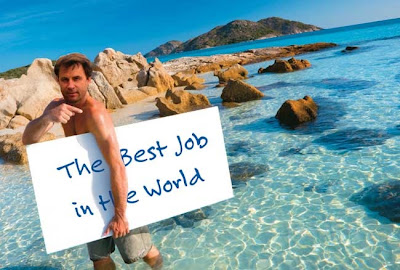 Traditionally, marketing campaigns have been about hitting an audience with memorable strap-lines, eye-catching pictures and some sort of celebrity endorsement. Then, the Internet came along and marketing strategists began to think outside the box, creating ideas for experiential marketing campaigns.


These are ideas in which the public become involved in the campaign itself, raising the profile of the brand to unprecedented heights. A number of these campaigns have also involved setting or breaking Guinness World Records, which helped those brands reach a wider audience than they ever thought possible. Here's three of the best:

One small step for man, one giant leap for brand-kind...

Felix Baumgartner’s ‘space jump’ was one of the most talked-about events of 2012. However, while it might have looked like one man’s desire to push himself to the limits, it became one of the most widely-watched experiential marketing campaigns in history.

Baumgartner set the World Skydiving Record by jumping an estimated 39 kilometres and reaching speeds of up to 1357.64kmph. In addition to setting the skydiving record, he also became the first person to break the sound barrier without using any vehicular power. The event was streamed live on YouTube, chalking up another record at the same time, with eight million people watching the event as it happened. And throughout it all, the brand that was splashed all over Baumgartner’s jumpsuit and embedded into the screen was Red Bull Stratos.

In 2012, with the Olympics grabbing the world’s attention, chocolate giant Cadbury came up with a superb experiential marketing campaign. Their angle was to try and break or set a number of world records, both online and in the 'real' world with ordinary, everyday people they persuaded to take part. The strategy was so simple it was brilliant.

Competitors were split into two teams, Spot or Stripes, and pitted against each other to set records. However, these were records that anyone could take part in; records for doing things that we do every day, such as making tea, giving high-fives, doodling, counting money and even making the bed. A total of nine world records were set and the YouTube video was watched by over 100 million people. In marketing terms, this was the equivalent of a £2million marketing campaign.

Dollar Shave Club started out as a small, subscription-based service through which men could order razor blades for the fee of one dollar a month. With backers such as Venrock and Andreessen Horowitz, CEO Michael Dubin needed to ensure that any marketing campaigns had a pronounced effect. He said that: “Nothing we do is an accident. It’s funny to talk about, but it’s derived from research”. Dollar Shave Club’s first video was the result – which set a record for the fastest online viral spread in just one week. In that time their film was watched over four million times. The secret to their success was humour; some of it was cheeky, some of it was witty and some it was just downright rude – but it was all done with a significant amount of tongue parked in a significant amount of cheek.

After the success of this strategy, Dollar Shave Club went onto record their next experiential marketing campaign; one for ‘One Wipe Charlies’, which Dubin describes succinctly as “butt wipes” - and we can't help but wonder how successful this particular campaign will be!