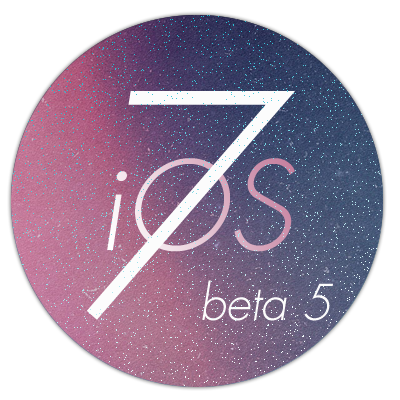 Finally Apple has been launched their hot and spices OS, iOS 7 Beta 5 download to developers yesterday morning and developers are happy and hopefully enjoy new iOS 7 beta 5 update. This launch drives after couple of weeks since the launch of previous iOS 7 beta 4. The hot and spice iOS 7 Beta 5 is now available to download for developers in the iOS Developer Center. Now my readers ask me what are changes Apple has made, in this there are very little changes in the latest iOS 7 Beta 5 to developers like few bug fixes and enchantments over the new UI (user interface). As you know that we already hired developers team for digging information about latest and old iOS 7 betas so currently we are working on iOS 7 Beta 5 to get more latest information about this. Let’s hope we can find some different things.

Nevertheless, as you know the Apple launched iOS Beta 5 for developer Developers but public version will release in this fall. Who are using old version iOS 7 Beta 4 on their iPhone, iPad and iPod Touch can safely update to iOS 7 Beta 5 through Software Update, according to sources.