Download iOS 7 Golden Master Version (11A465) Is Out For iPhone, iPad & iPod Touch 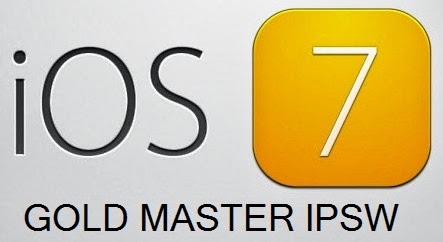 As users and developers expected, Apple launched the iOS Golden Master version of Apple iOS 7 to developer’s. That version was released on 11 September 2013 in afternoon, what a lovely weather was it, according to their media announcement. It’s very long silent on iOS 7 beta development and released to developer’s fresh new iOS 7 beta upgrade. Eventually, Apple had launched the iOS 7 GM update to developers on last Wednesday morning at the iPhone 5S and 5C release event. If any developers want the iOS 7 Golden Master version so download update version through iOS Development center and the update will need a newly install on the gadget to work in the right way. So guys why are you waiting for? Just go and grab your new iOS 7 GM download now. The public version of iOS 7 GM will release on 18th September 2013. 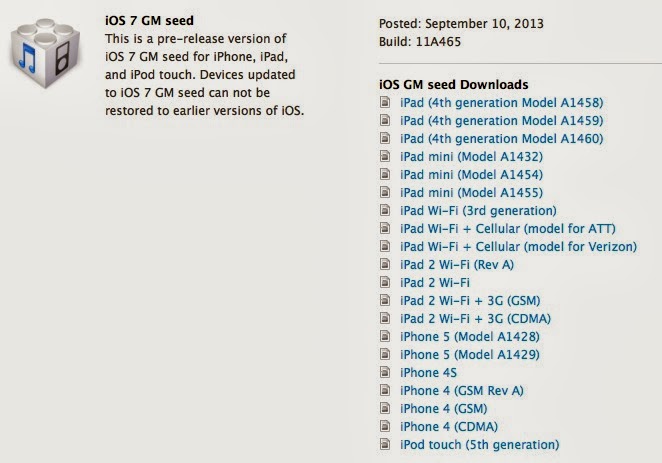 If anyone has registered developer, the update version is available, even only via the Development center at this phase.

As developers and users knows that the last iOS beta was number 6, nearly 4 weeks ago, and in this last beta there is only one issue which related with Tunes in iCloud. Everyone thoughts that the Golden Version Master will also only be a minor one, just to include some changes the last changes to finish the Firmware.

The iOS 7 Golden Master Download option will be provide to developers only by Apple, but most technology website have found out a road for public to download the update version of iOS 7 GM on their lovely iPhone, iPad and last not least iPod Touch gadgets.

Now, we all know that the update version of iOS 7 GM have a few bug fixes and a major improvements, including fresh new sounds for charging, removing the lock on and for the Siri mic along with a few new ringtones and warn sounds. In addition there are a maximum of 34 new Apple wallpapers added. Now non-developers are waiting for the final launch of iOS 7 Download for iPhone – iPad – iPod Touch in open market.

As we mentioned that the non-developer version will be eventually launched during this month. The last beta will be also have various stuff about the forthcoming iPhone 5S and iPhone 5C in the open market. Download the iOS 7 GM Version and Official Links.