iOS 7.0.3 is old iOS version. After the release of iOS 7.0.3 update. Lots of users can say that they have updated their devices to iOS 7.0.3 and Apple also solved every single know problem in the latest update for iOS 7 running devices. Hence, it shows that iOS 7.0.4 is also come to launch in public. Eventually Apple has launches its fresh iOS 7 version update that is iOS 7.0.4 Firmware (Build: 11B554a) for Apple devices like iPhone series, iPad and iPod Touch compatible devices. 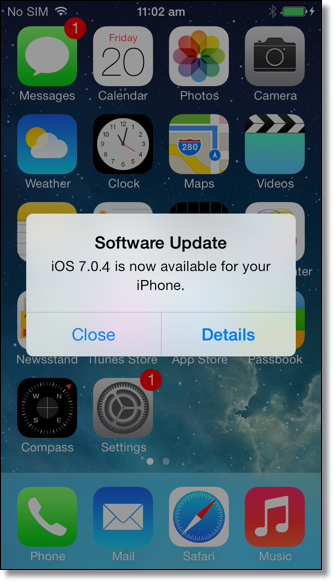 Definitely it’s expected that coming soon users will get a fresh new upgrade version after the release of old iOS 7.0.3. I know that mostly users using old iOS firmware but this time you need to upgrade your present firmware iOS .0.4 from iOS 7.0.3. Now users ask that why we need to update old version to new version because in new version we can get performance improvement, bug solved and so on and there is a special thing in this update. Apple fixed the FaceTime called for few users and many more.
Users can also expect these kinds of iOS 7.xx firmware upgrades from Apple in coming days in the pattern of iOS 7.0.5/ iOS 7.1 last. Apple development team also releases iOS 6.1.5 firmware (Build: 10B400) for their devices like iPod Touch 4th Generation. Meanwhile the coming update is available of iOS 7.0.4 for public through Direct Download links for iPhone 5s, 5c, 5, 4s, 4, iPad Air 5G, iPad 4G, iPad Mini, iPad Mini 2, iPad 3G and iPad 2G, iPod Touch,5G. If you feel any trouble while using these links then users can install iOS 7.0.4 firmware upgrade manually through latest iTunes. 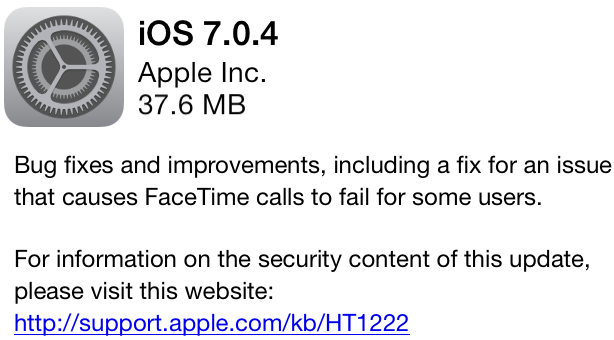