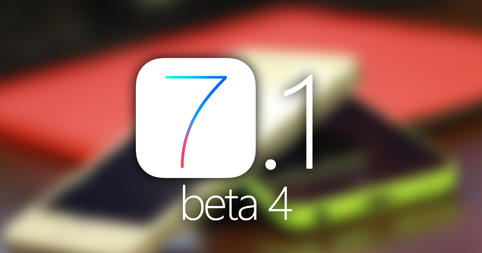 Developers were happy in last month due to iOS 7.1 Beta 4 Firmware (Build: 11D5134c) because Apple has been released their brand new update of iOS 7.1 beta 4 to developers. This update was officially available for Apple users for instance who are register iOS developers and non iOS developers, its mean this is for general public. As I mentioned earlier iOS 7.1 beta 4 is a 4th beta version released by Apple before the last official release. If users want to upgrade or update old Firmwares to the newly by officially download iOS 7.1 IPSW Firmware for all Apple devices like iPad Air 5G, iPad 4G, iPad Mini, iPad Mini 2, iPad 3G, iPad 2G, iPhone 5S, 5C, 5, 4S, 4, iPod Touch 5G and Apple TV 3G/2G. Kindly check it out the below part.
There is another Apple rumored about Apple seed program users. This brand new update comes after couple of weeks of 3rd beta release of iOS 7.1 to developers and it’s ramping up iOS 7.1 beta development and launched beta 4 update to developers.


What I’ll get after Download iOS 7.1 Beta 4 – Official Changelog? 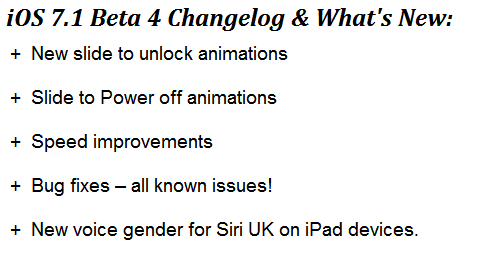 Developers or users asking me about how they can download update iOS 7.1 Beta 4 so it’s simple and easy. You can guys download iOS 7.1 bta 4 IPSW Firmware can be download through OTA update process (Over-the-Air) by clicking to setting option>>> General>>> Software Update options on your iDevices. If anyone using an old iOS 7.1 Beta versions and secondly is you are iOS developer or you have registered UDID Apple account then open iOS developer center site and who doesn’t have register developer account then we are providing you Direct Download links/URLs of iOS 7.1 Beta 4 for your devices like iPad Air 5G, 4G, Mini, Mini 2, 3G, 2G, iPhone 5S, 5C, 5, 4S, 4, iPod Touch 5G and Apple TV 3G/2G. If anyone feel trouble while download the new version then you can download manually via iTunes. 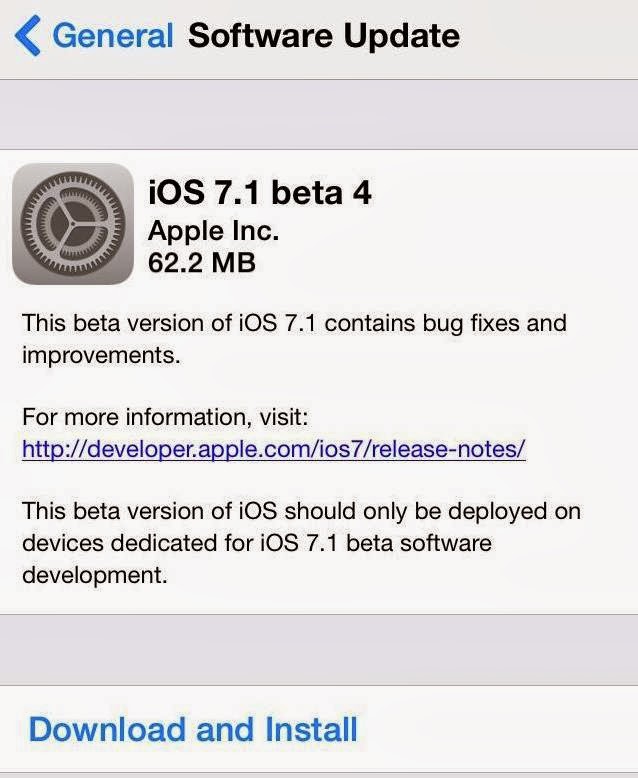 According to MuscleNerd and iH8sn0w, Apple has partly fixed the exploits used in Evasi0n7 iOS 7 Jailbreak Tool developed by Evad3rs but I didn’t get any confirm email either Evasi0n7 and its team uthethered Jailbreak brand new iOS 7.1 Beta 4 Firmware or not.