Come Back Flappy Bird - We Missing You 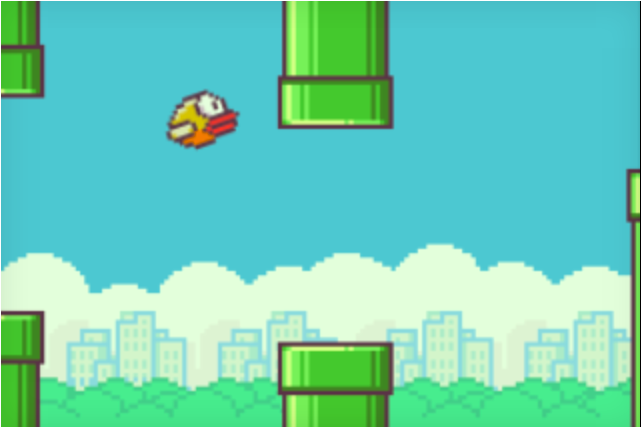 When game lover heard that Dong Nguyen is going to shut down Flappy Bird within 22 hours then Flappy Bird lovers were angry and frustrated for taking this kind of action without any notice. Now you can see that Flappy Bird is just every corner especially on the internet world. I hope everybody already heard about its success story on different platforms, or your friends told you about this game or you might be saw that game article over the social media websites. Here I want to share you some amazing facts about Flappy Bird, it’s already achieved the milestone over App Store and Google Play store couple this week, and suddenly everyone began conversation about this brilliant game.
As I mentioned at first paragraph, Flappy Bird is closing down in the next 22 hours or already shut down by Dong Nguyen. Why Flappy Bird is became so popular? Because in this you acquire the collection of notorious pixels on your iPhone, iPad and iPod Touch devices and then you can’t let you win the game or make the higher score. I didn’t play this game but users said that we like that game because game design is so simple and easy to use and behind this game there is not a rocket science.

Who made the Flappy Bird Game? The creator of Flappy Bird is Dong Nguyen. Recently he had announced on Twitter that he is closing down the game from Apple and Google Store for undefined reasons, but he gave some information about that game. Flappy Bird is not acquired or he doesn’t facing any legitimate issues with Flappy Bird.

Why Dong Nguyen closed that game? No one knows those reasons behind this. From this action by developer many game lovers had raised the questions in the game community as everyone know that Flappy Bird was getting $50,000/day from its ads across the platforms. People were waiting that the developer released this game into a web or other application.