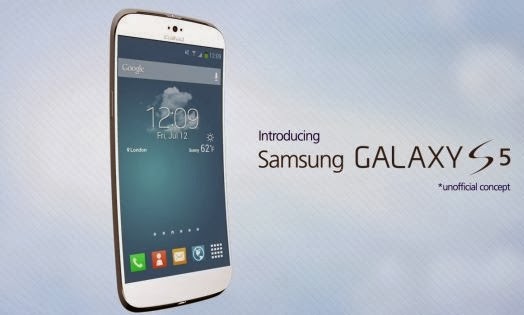 Many people are eagerly searching the internet for news and information about Samsung Galaxy S5. Currently, there are so many rumors that are doing rounds on the internet about this device. Samsung is one of the most reputable technology giants. Whenever people hear that this company is about to release a new product, they all want to know what it is and what to expect. Last year in April, Samsung released Galaxy S4. This device had many innovative features that depicted it as a leader of innovation in the Smartphone industry. On hitting the market, Samsung announced sales of 20 million S4s within the first two months. Now, funs of this company are waiting with bated breath for the new device.

Although there is very little that is know about Galaxy S5, rumors has it that this device will be available in two categories. However, none of the two varieties will come with a 64-bit processor.


The look of Samsung Galaxy S5

According to the Mobile executive of Samsung, Lee Young Hee Galaxy S5 will have a completely new design. This device will depict a departure from the look of Galaxy S4 that received negative feedback from consumers. The company considered the fact that most people did not like the look of Galaxy S4. This confirms rumors that the company is moving away from the culture of using Polycarbonate in manufacturing the covers of its devices.

Currently, there are rumors that Samsung is considering the feasibility of using Magnesium and Aluminum in manufacturing its Smartphone models. Some of the latest technologies that Samsung intends to use in the future might be featured in this device. Although it is not clear, rumors has it that Samsung might release the Galaxy S5 in April. This device could be launched together with Galaxy Gear 2.