Back in Action - Prince of Persia in another Magical Game

Prince of Persia in another Magical Game 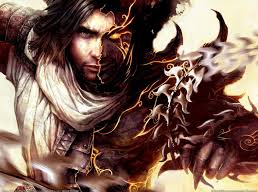 
So, what’s new for the Prince of Persia fans?

The story of this Prince of Persia game tells you the journey of the prince (who looks more like a thief at first, thanks to his ragged clothes) who gets transported to a mythical land when he gets caught in a mystical sandstorm. You meet Elika, who guards the prison of the evil God Ahriman. As luck would have it, you go to Elika’s land at a time when the evil God just escapes, releasing corruption around the world. Your adventure starts as you team up with Elika to cure the infected lands.

Don’t expect the game play to be easy. Yes, most of the times you will be exploring, jumping around enemies, stealthily sneaking around or fighting extreme sword battles but the AI isn’t dumb. You will need to be on your toes and learn the various fighting moves to stay on top of the game. You need to understand the moves to make or when to act. It’s more of a movie like experience and an adventure game that you will enjoy playing throughout. The game offers hours of fun and you enter a magical world where, well, anything can happen.


Of course, with an intelligent AI you might find yourself spending hours on a certain point in the game from where there seems no respite. It’s like a Writer’s block at times – the solution to proceed may be directly in front of you but these intuitive games ensure that you really have to rack your brains hard to see the solution. But what if you do not want to stop enjoying the game? You might need the help of a Walkthrough then to proceed further in the game. Walkthroughs are guides that tell you what you need to do to proceed further in the game and reach the next level.


Playing the Prince of Persia Game

Get your favorite Prince of Persia game and enjoy being in a new mythical and mysterious land that you just cannot get out of your head.