When to Buy New Electronics 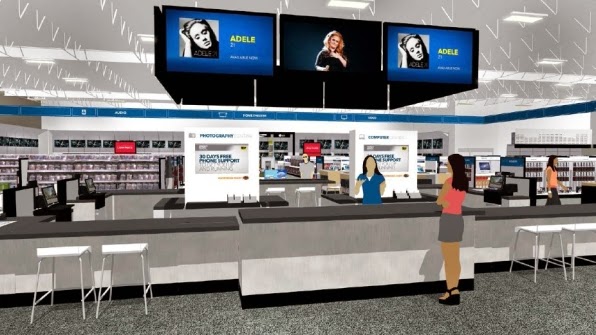 With such an Internet connected world, it’s no surprise that electronics are more important now than ever before. Not only are there smartphones and tablets, but also laptops, desktops, televisions and more are being used around the world on a daily basis. Due to such heavy usage, it’s easy to see why virtually everyone always strives to have the best electronics at his or her disposal. Unfortunately, for those who look to maintain the best gear, it’s becoming harder than ever to stay ahead of the pack.


We've reached an era where technology is getting better and more advanced virtually on a daily basis. This is a great thing because it means that we can reap the benefits of technological advancements. However, it can also be a frustrating thing as it means that a gadget you buy may become obsolete, quite literally, the next day. Take for example the iPhone. This smartphone is one of the most popular on the market with millions of loyal followers. Typically a new model gets released once a year. The problem here is that we don’t know exactly when the new model gets released. This means that if you purchase a current generation model iPhone, the next generation iPhone may come out within just a few weeks or months at the same price point.

Not only is timing electronic release dates important to stay ahead of the curve, but timing also affects pricing as well. There are many different times throughout the year when it is a better idea to buy electronics. For example, a good time to buy electronics would be during certain holidays or during the release of a new redcoon gutschein.

Luckily, while it may seem a bit confusing keeping up with release windows, the launch of new coupons or which holidays are the best, there are some pretty concrete guidelines to follow.

As mentioned above, many different products have somewhat of a constant life cycle. The iPhone, for example, gets released once a year. While it’s hard to gauge exactly when Apple will release their latest smartphone, you can make an educated guess. Looking at previous years iPhone releases tells you that new models get released anywhere from June to November. Going off of this, it’s easy to see that it would be wise to hold off on purchasing a new iPhone until this window has passed.

The same can be said for other electronics as well. All you have to do is check out when last year’s model was released to gauge when the current year’s model will be released. While this isn’t always entirely accurate, as companies have been known to stray from their normal release schedules, there are many websites that will help keep this method as accurate as can be.

While following new product release schedules will give you the latest gear, following holiday’s focuses more on price point. This one is quite obvious but should not go overlooked. The best holidays to buy new electronics are the ones where gifts are given. Why does this work? Because companies know that if they drop the price during a holiday where many people are shopping, they’re almost guaranteed to drive sales. For example, the season leading up to Christmas would be a great time to purchase electronics. Manufacturers will be looking to target you with attractive price points when they know you are most likely willing to buy.

Following product release schedules and timing your purchases to fall on holidays is great, but there are other methods as well. Coupons, in particular, are one of the best ways to save money on a product. While it may seem difficult to keep track of al the different coupons, there are many sites that will do this for you. Quite literally all you have to do is give such websites your email and a few preferences (what type of electronics you’ll be looking for) and voila. You’ll have everything from Apple store coupons to redcoon gutschein in your inbox on a daily basis.