Home » misc » A Number to Reckon With

A Number to Reckon With 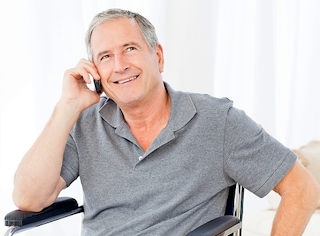 The phone number in these days of technological development has become rather an identity of a person wherever in the world they are from. The number which is as useful as a friend, a companion and a security measure become more than a nuisance when it falls in the hands of an antisocial element. There are many ways a scammer can get hold of your phone number and give you a hell of a time. The spammers do capture your e mail and send you spam and other bugs which not only corrupt the system but also waste your time in illegal activities by trying to involve you in some false money matters such as a lottery or a bank account and much more.

There are many varieties of the disturbances that you can expect from these scammers such as a fake notification that your phone number has won the lucky draw at a contest and you will be paid millions of dollars for it which requires your email, and your residence address.

Some of them try to convince you that you are offered a good job in a reputed company or an MNC organization and that you have to as a first step send in your personal details for an interview at a later date.

Some of them try to hijack you by lying to you that they are representing a big company which has given you a lottery sum of several million dollars and the list goes on. On the other hand, there are many other annoying phone calls such as miscall and when you call back, there is no one to pick up the phone and there are others where you a receive a phone call and when you call back, you are told by the automated announcer that he number does not exist.

Sometimes you receive a phone call which on returning back says that the number does not exist or that the caller has no permit to call up the given number. These are just a few of the cases where the phone numbers can become very annoying and people tend keep the phones switched off or they block certain numbers or do not attend the calls from unknown numbers.

Some of the caller’s numbers are also displayed on the internet so that visitors would become doubly careful before attending a call from an unknown number. Some of the calls are from numbers which are related to some company or business and how it gets into the hands of these scammers is quite suspicious.

Many of the individuals who got the phone calls from such unknown numbers have expressed the inconvenience they had felt as a result of such non sense calls. Many others agree that these callers want to point out or catch hold of a person who is ignorant of these scams such as the money scams and lotteries and if they trust what they have to say, they might actually give their address and not to mention the account details of their banks. Such innocent creatures need to be safeguarded against these scammers. Once they detect a as this, they would get the bank accounts and using the technology, to carry out the money transfer from te unknowing person to their own accounts. The problem here is that one is fighting a shadow here because it is the cyber world and it can happen from anywhere in the world and the arrest of these scammers is next to impossible.

The phone numbers that you get should be always taken with a pinch of salt and not believe what they say and fall in the trap. The responsibility rests with the person alone.