How To Make iOS Apps 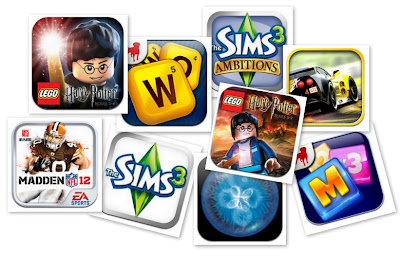 Designing Your own apps can be challenging if you never Programmed before or studied any kind of programming languages.

That’s because simply developing iOS or Android apps Requires some set of skills that all apps developers need to have such as: being familiar with at least one programming language , You also need to know what cross platform is and you must know how the device your making an app for works and how it behaves when running multiple apps at the same time basically you need to know the Device Specification so you can design a perfect app for it.


That all seem somewhat discouraging not to mention the effort and time it takes to make your app ready to be placed in the app store & then the first easy part is done, yep developing an app is the EASY part promoting it is the real work you need to do ; i mean without promoting you won’t make money even if you made the best app ever that’s why its so important to market your app , when people hear about your app they will check it out and might as well buy it but all and all developing and promoting need to be done together you must talk about your app before fully releasing it that is of course part of the promotion you need to do eventually just talk about your apps.

by now maybe you started to think about hiring somebody to make an app for you but, what you read was just the hard traditional way of developing an app (coding, designing & promoting) now days there’s much more better and easier ways to make professional apps without any technical knowledge these methods allow you to customize your apps and even edit already existing apps in the store to your favour for instance if you like a certain app but you think that they need to add more features to it you can do that! And even promoting apps had become easier!

You can even start today if you’re determined about turning your apps ideas into reality check out the tutorials on this website http://java-api.com

How To Make Your First iOS Apps Without Knowing Codes