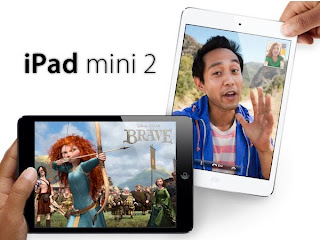 Most have come to accept that this coming autumn will bring with it the launch of the iPad Mini 2 and the iPad 5. Having experienced a year of mixed fortunes so far and in some instances losing its pull with the punters, Apple has little choice this time around than to hit the mother of all home runs with both. Incremental updates will not satisfy and nor will overpriced novelties, but how would folk react if the pair of new iPads was to be delayed until closer to the end of the year?


Well we may be destined to find out as according to the grapevine this week, that’s exactly what’s on the cards. And in a slight change from the norm is isn't a case of component shortages and the like, but could instead be down to Apple having a bit of a lover’s tiff with Foxconn,

For those that don’t know, Foxconn runs the city-sized assembly plants that have been the driving force behind Apple’s leading iPhone and iPad lines. That could be, until now.

This time around, Apple is apparently lining up alternative assembly companies with which orders are yet to be placed. Foxcoon hasn't been given the boot in any sense in an official capacity, but word is apparently spreading through the ranks that they won’t be Apple’s prize-pig anymore. And if this is the case, the reaction is expected to be a rather negative one that could put the brakes on iPad 5 and iPad Mini 2 production, or full-speed production at least.

Foxconn has plenty of pull with other big-name brands and isn't dependent on Apple, though certainly earns a ridiculous sum of money from the Cupertino collective. Apple has apparently been growing weary of the endless controversy surrounding the Foxconn assembly plants and also the firm’s apparent lack of reliability.

We’ll have to see how this one pans out.

Meanwhile on the other side of the fence, the good news is that it’s all systems go for the Google Nexus 7 successor – the entirely unannounced and unofficially titled Nexus HD. This is the kind of secret device that just cannot resist hopping into the spotlight in FFC listings and online bench tests, just to let us know what we’re in for.

And it looks like what we’re in for is a treat – the latest sighting of the Google Nexus 7 paint a picture of massive improvements inside and out. The CPU has been upped in a huge way, there’s now a 5-megapixel camera to the rear, there’s more space for your files and up front is a glorious beyond-1080p HD touchscreen of 7-inches.

All they need to do is launch the Nexus 7 HD for the same bargain price as last year’s and it’s probably game over for its rivals – and that includes the iPad Mini 2 from Apple.

As far as when to expect the new Nexus, chatty customer service reps as Asus have repeatedly let slip that the Asus K009 is in fact the codename of the new slate, which means it’s ready to go and should be here by August at the latest.

Lisa Morton is a freelance writer who specializes in the latest tech news and blogging. She writes for several publications across the UK and in the US. Check out her Google+ Profile for more content.